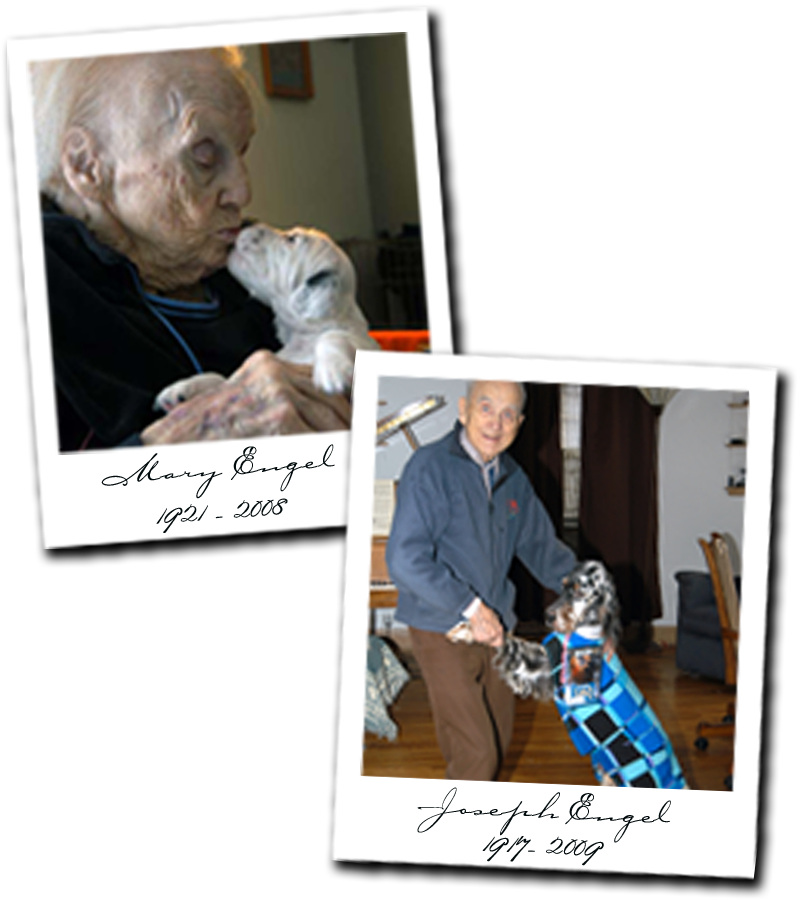 Aerden Setters takes its name from the street in Edina where we began, Arden Avenue. In 2009 Aerden Setters relocated to southeast Minneapolis near the airport.

I have owned English Setters for more than 25 years, starting out with a field English Setter. My first bench English Setter was a rescue dog named Mandy. Her wonderful personality won me over to the bench side before diabetes claimed her life. After researching several breeders I selected my first show puppy, Setter Ridge Stonecroft Sonnet (Emily) from Melissa Newman of Setter Ridge Kennels.

My mom gave me my love of animals. It is with great sadness in my heart that she passed away the summer of 2008. Her favorite part of the dog world was getting to love the babies. My Dad loved the dogs and puppies especially JoJo who was his favorite, being named after him. Here he is dancing the "tango" with Jo. My Dad passed away just one year after my Mom in September 2009. I miss them both terribly.

Also from Setter Ridge Kennel, my second show dog was Meggie, Set’r Ridge Arden’s Spice Girl. Meggie was a finished champion and produced four litters for Aerden Setters. All of her offspring have tons of drive, beautiful side gaits and very pretty heads. With an entry of 26 and myself handling her she won the American Bred class at our National Specialty in California. I continue to keep active in the show ring by attending as many specialties as possible and have attended nearly every National since 1997.